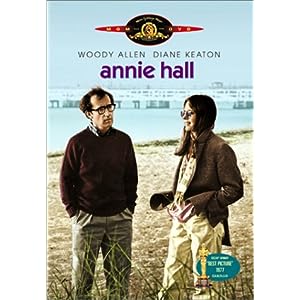 After writing and appearing in a series of irreverent, off the wall  comedies, comedian turned filmmaker Woody Allen wanted to create something that  audiences would find funny, but also have a deeper meaning. The result, “Annie  Hall,” has proven to be Allen’s best remembered and most celebrated movie to  date. The 1977 film airs Thursday, July 15th at 3: 25 pm on IFC (Independent  Film Channel). Directed by Allen, “Annie Hall” pairs Woody with Diane Keaton,  also featuring Tony Roberts, Carol Kane and Paul Simon.

“Annie Hall” chronicles the saga of an on-again off-again romantic  relationship between neurotic comedian Alvy Singer (Allen) and a slightly ditzy  young woman named Annie Hall (Keaton). Their story is told mostly through the  eyes of Alvy, who gives an obviously distorted account of his time with Annie,  constantly offering the audience his analysis of what is happening on the  screen. Although a comedy, “Annie Hall” effectively examines the complicated and  painful nature of relationships. As Woody Allen put it, “ I think I will try to  make some deeper film, and not be as funny in the same way. And maybe there will  be some other values that will emerge that will be interesting or nourishing for  the audience. And it worked out very well.”

Notes: Some parts of “Annie Hall” were improvised, most notably the scene  where Allen’s character sneezes into the mound of cocaine. The sneeze was  accidental, but kept in the film when the entire set broke into laughter over  it. “Annie Hall” had several working titles, one of which was “Anhedonia” ( a  psychoanalytic term for the inability to experience pleasure from normally  pleasurable events) but it was considered unmarketable. Although there are  similarities between Woody Allen’s character, Alvy Singer and Woody himself,  Allen denies that “Annie Hall” is in any way  autobiographical.